Tucked away in Kenneth Stainbank Nature Reserve, close to Durban South Africa, resides the Wilderness Leadership School. Within the yellow walls of its charming old building lives a vision that is both refreshing and urgent in today’s fast-moving society: a unique concept and experience called Wilderness Trail. 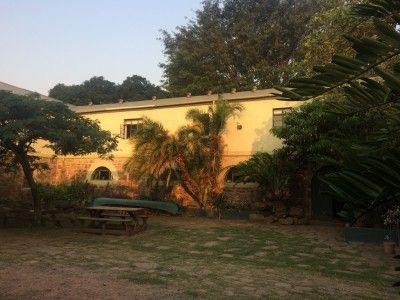 Many will raise their eyebrows hearing what this concept entails.
To enter a wilderness area from the relative safety of a four-wheel-drive safari jeep is one thing.
But to actually walk into a similar wilderness with only a backpack, a sleeping mat and a tea kettle is not necessarily on everybody's bucket list. One has to look back sixty years to understand why this could in fact be the experience of a lifetime.

Around that time Dr. Ian Player, the school's founder, first conceived the idea of such trails on foot in small groups to areas where man has left no impact, no roads, no facilities. Just wilderness.
Player began his career as a game ranger and became chief conservator for all wilderness parks in Zululand in 1964.
“I believed that every person we could take into the wilderness would become an advocate for the cause. I wanted them to feel the soul of Africa through the soles of their feet”, he writes in his book Zulu Wilderness - Shadow and Soul.

The development of strong leadership for positive environmental change is at the core of the school's programs.
Player anticipated this need: "I saw the role of the Wilderness Leadership School as choosing people with leadership qualities and having them sponsored by commerce and industry".

By now, an impressive 65.000 people have followed in his visionary steps. They come from all corners of the world and have a large diversity of backgrounds, ages and races. Through funds from international visitors, trails are also made available to people from local communities. As diverse and different as all these participants may be, there are two magic words that link them all together: Night Watch.

On Night Watch you forget about shopping lists, phone calls, digital entries, car problems, fake news and relationships.
You forget about them because you worry greatly about other things. Mainly, keeping the fire going while the rest of the group is asleep, and shining a torch around camp every five minutes to keep it safe.
Not very difficult tasks at first sight, but everything changes when you share the soil you sleep on with lions, hyenas, elephants and rhinos.

The trail. It is something else.
It speaks to our primal being, to what matters in life, to respect and awe, to the artist in us.

My advise for future trailists? Bring an open mind and .. do not bring a camera!
On the wilderness trail, it’s the inner picture that counts. 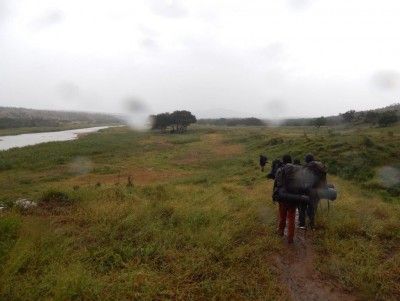